Osian duo was formed in 2016 by the Italian flutist Chiara Boschian Cuch and the Mexican guitarist Eduardo Cervera.

Chiara and Eduardo both obtained the First Class Honours Master degree in the “Jacopo Tomadini” Conservatory of Music in Udine, Italy under the guidance of the flutists Giorgio Marcossi, Anna Tirindelli and Angela Camerini and the guitarist Stefano Viola. 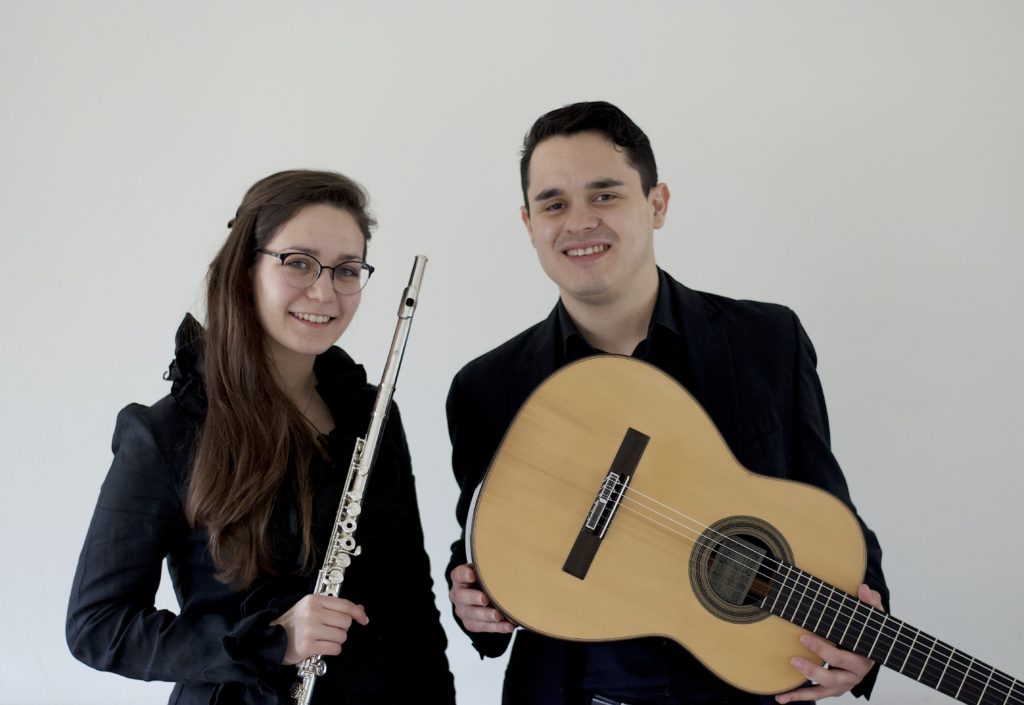 They have played in concert halls both in Italy and abroad, including “Teatro Palamostre” in Udine, concert hall of “Benedetto Marcello” Conservatory of Music in Venice (Italy), “Kultuthas” in Dornbirn (Austria) and “House of Music” in Puebla, Italian Cultural Institute in Mexico City and “Teatro Felipe Carrillo Puerto” in Mérida (Mexico).

In the summer of 2018 they have been invited to perform in events and festivals in Mexico in the cities of Puebla, Mérida and Mexico City.

As a duo, they perform a wide repertoire of original music, covering all periods of musical history. Further deepening and focusing on 20th-century and contemporary classical music, they execute numerous pieces of living composers.

Their ensemble contributes to the diffusion of music by the Mexican composer Roberto Abraham. In Italy, the duo has performed the world premiere of his Suite for flute and guitar.